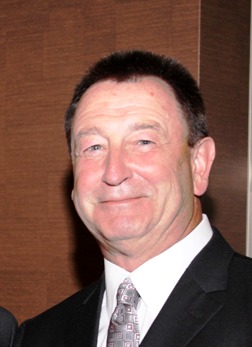 Don Bartecki has been an extremely generous and influential volunteer, contributor and board member of UCP Seguin for the past sixteen years. Don initially provided pro bono business expertise to develop our social enterprises, Seguin Auto Center and Seguin Gardens & Gifts, which employ more than 100 persons with developmental disabilities annually. Beginning in 2002, while serving on Seguin’s board, Don played a major role in fund development to support programs, a Capital Campaign, and in generating additional discretionary income for the agency. Prior to the merger between UCP of Greater Chicago and Seguin, Don served on the Ad Hoc Merger Committee and was particularly instrumental in bringing the merger to fruition through his investment of time, business acumen and wise counsel. Since the merger, Don has served on the UCP Seguin Foundation board and is now its Chairman. Don has been a resourceful and an active board member as he introduced UCP Seguin to other organizations and individuals of means who have been able to be of great assist to UCP Seguin in its mission-focused endeavors.